Book your place online now at www.hanfordsports.com. Join in the fun with Mr Hanford and the team at our HALF TERM MULTI SPORTS CAMP. New Sports and Games as well as Trophy and Football Winners every day all in the safe, friendly and familiar environment of our school.
Booking forms available from the school office, and don't forget to check your book bags. See you there!

Sports News: Sport Relief 2018 Hathern CE Primary School team up with East Leake Academy to get to the Commonwealth Games in Australia 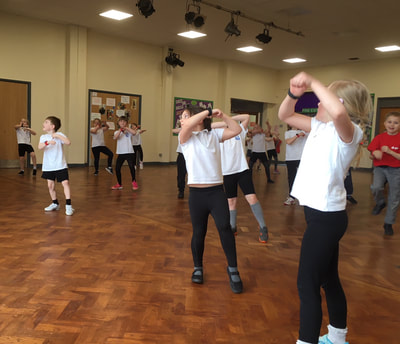 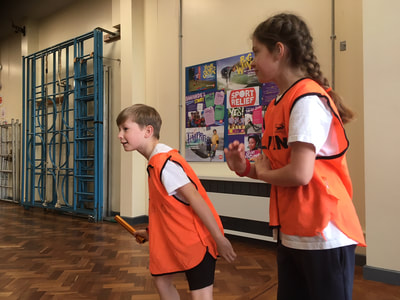 If you have visited the school recently, you can't fail to have noticed that we are having extensive buildings works undertaken. The builders arrived on site in early July and have been working extremely hard to provide us with a larger school better able to accommodate our growing population. The build should be completed just in time for Christmas — and by then we should have an extended classroom, larger hall, bigger playground, two new classrooms, redesigned office and staffroom, new roof and more parking spaces.

We have already had to make changes in the way we use the site as more and more of the school is fenced off for safety reasons, providing a managed working space for the building contractors. With the contractors taking up a lot of the school car park, there will be even greater pressure on the available parking spaces along Pasture Lane so I would urge you to either park further away from the school or walk if possible. Extra care should be taken on the approach to school as increased traffic raises the risk to pupil safety. 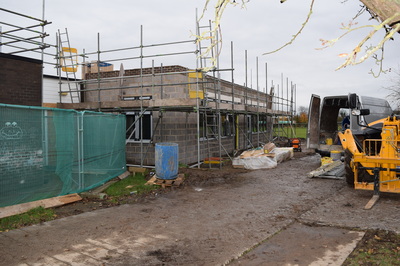 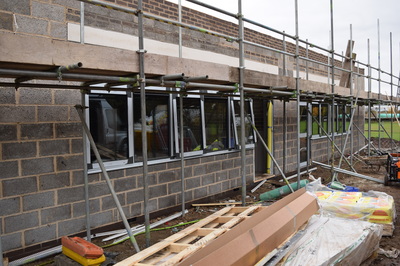 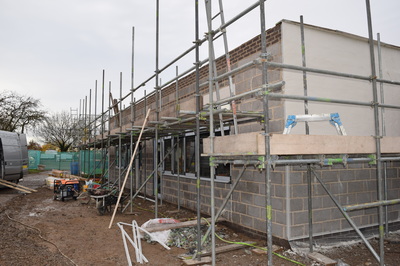 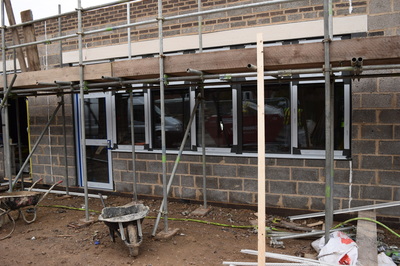 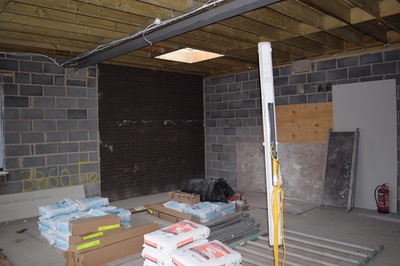 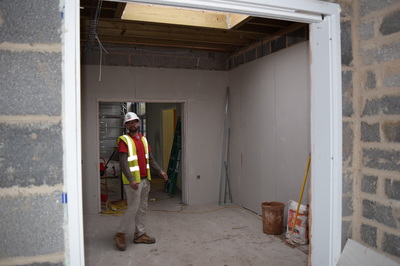 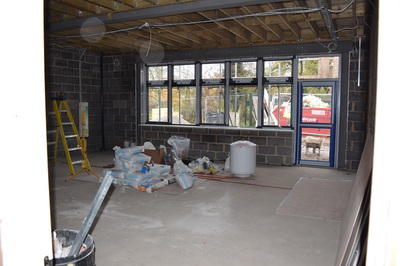 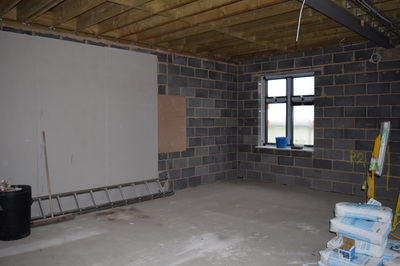 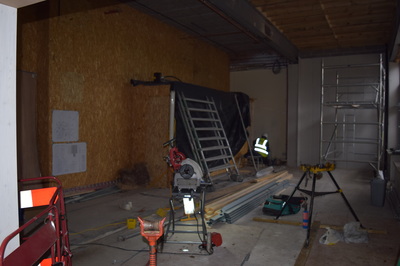 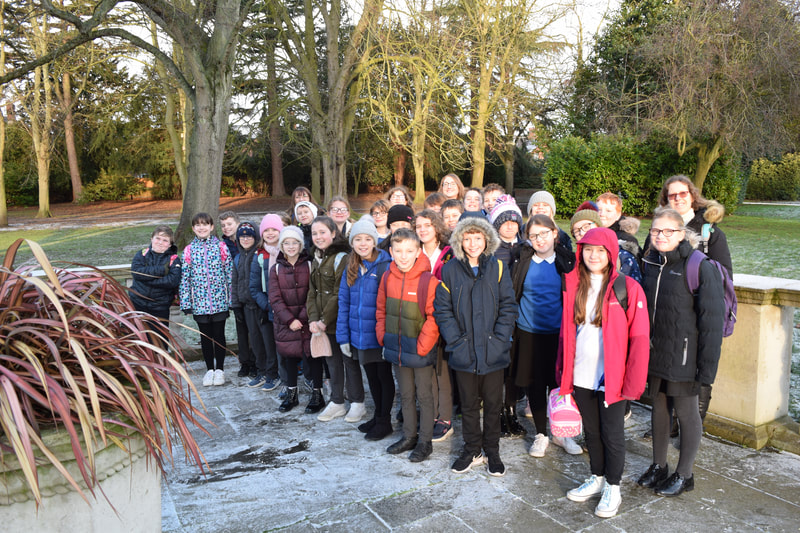 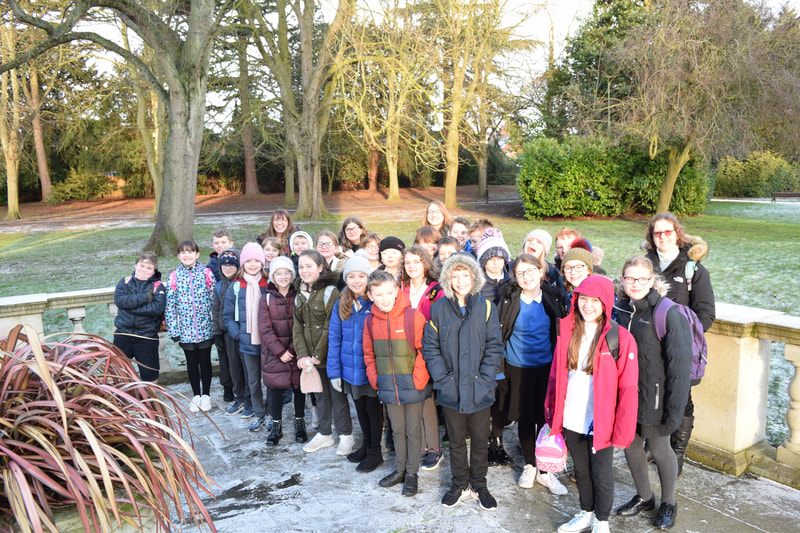 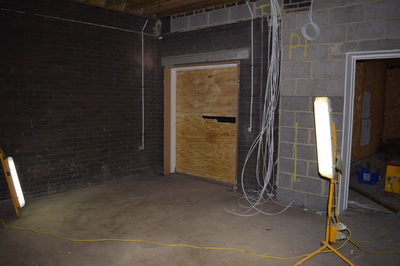 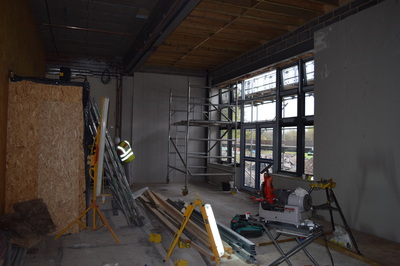 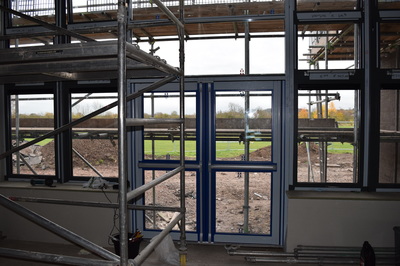 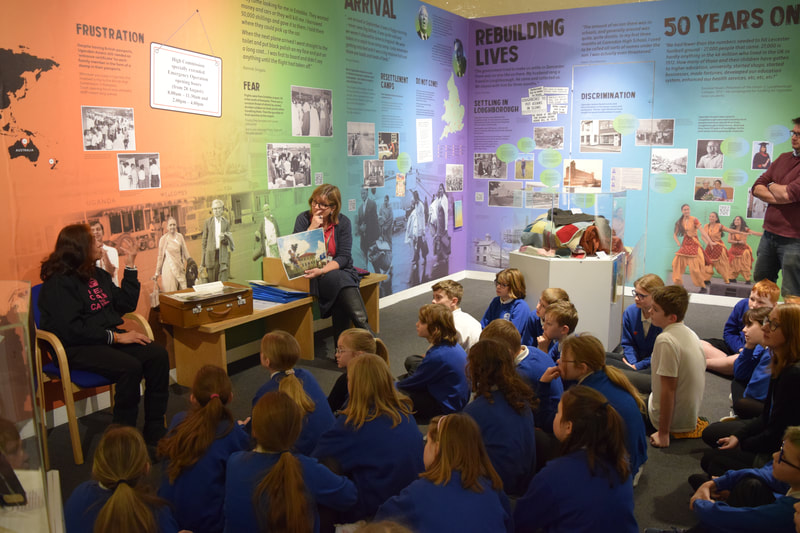 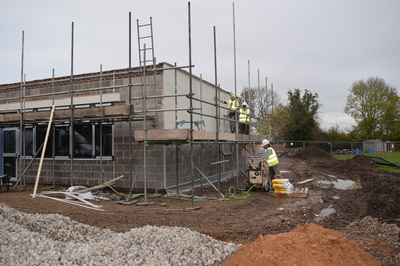 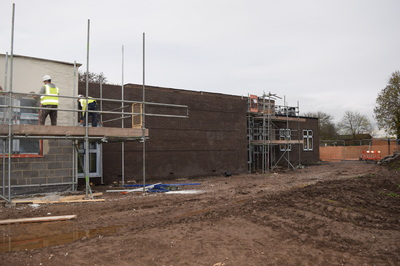 On June 25th (2016), rain fell with such intensity that the village and more importantly, the school, became flooded at both Cross Street and Pasture Lane. The damage was thankfully kept to a minimum thanks to the hard work of staff who moved electronic items away from affected areas and were quick to help with the mopping up effort! 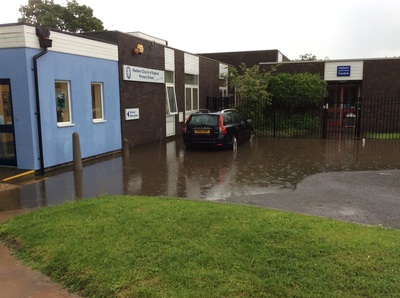 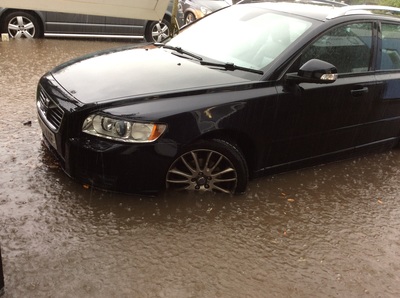 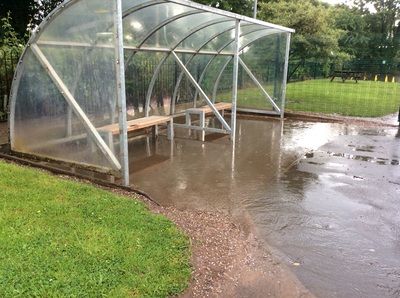 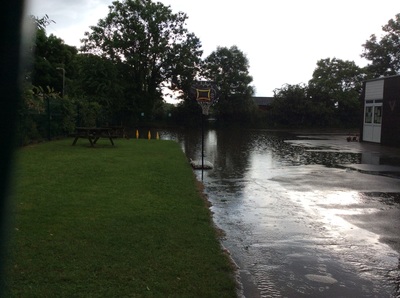 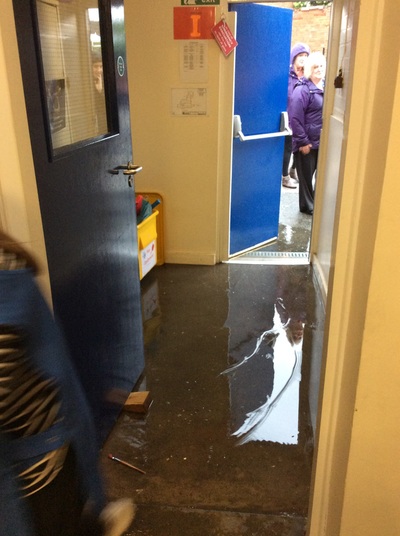 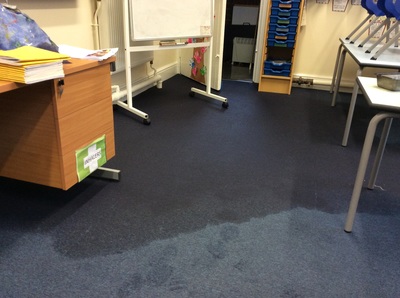 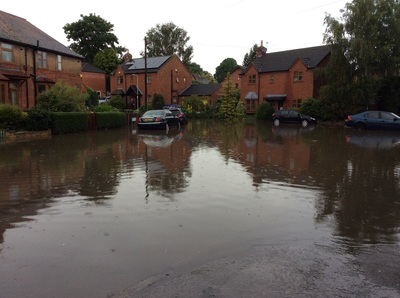 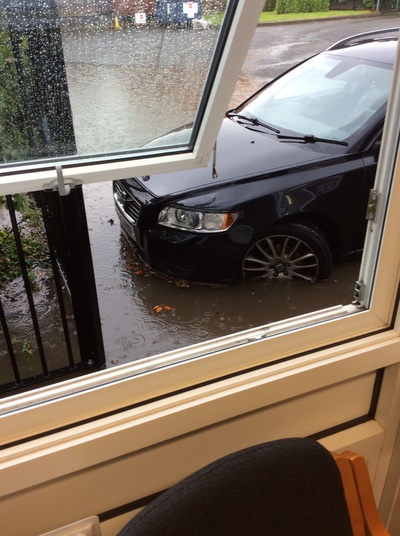 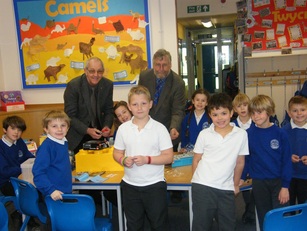 President David Fountain (left) and Rodger Hutchinson from the Rotary Club of Shepshed, Charnwood received some valuable training in construction techniques when they visited the school.

They were instructed in the finer points of Lego block building by the members of the school council. These pupils are elected by their peers to discuss issues and ideas from their own classes, and then feed back any decisions made.

One such idea was to purchase a quantity of building blocks that could be used by the school to help develop social and communication skills whilst also having some fun. Mrs Dryden has already started her lunchtime Lego Club!

The Rotary club were pleased to be able to donate a sum of money to this worthwhile project. The money came from part of the collection taken locally by Santa and the Rotary float and Headteacher Stephen Dunn and School Council coordinator Rachel Abbott thanked all who had contributed.