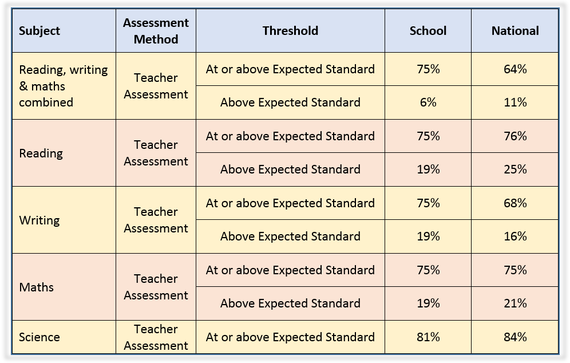 This year, Pupils at Hathern performed in line with National averages in Reading and Maths and at higher level in Writing and Reading/Writing/Maths combined.

The % of pupils exceeding the expected standard is more varied - with our pupils doing better in Writing, in line with Maths and slightly lower in Reading and Maths. 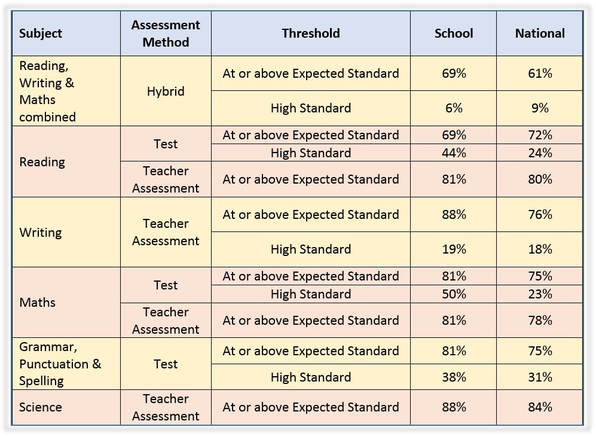 The 2017 key stage 2 assessments assess pupils against the new, more challenging national curriculum which was introduced in 2014. New tests and interim frameworks for teacher assessment have been introduced to reflect the revised curriculum.

​Results are no longer reported as levels, and each pupil will now receive their test results as a scaled score and teacher assessments based on the standards in the interim framework. Nationally 61% of pupils reached the new expected standard in reading, writing and mathematics. At Hathern we outperformed National standards in all subjects/areas except for Reading (Expected Standard) and RWM Combined (high Standard) where we fell slightly below.